Digital Alchemy | Are your email metrics holding you back?
Take on the future of marketing with our scalable solutions.
17705
post-template-default,single,single-post,postid-17705,single-format-standard,ajax_updown_fade,page_not_loaded,,qode-theme-ver-11.1,qode-theme-digital alchemy,cookies-not-set,wpb-js-composer js-comp-ver-6.6.0,vc_responsive,elementor-default,elementor-kit-23588 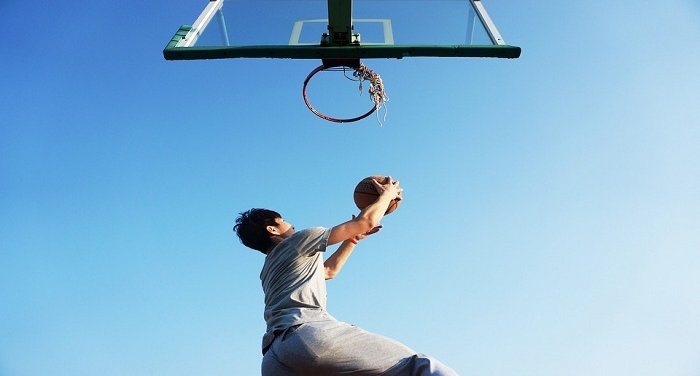 Are your email metrics holding you back?

Marketing strategy became dependent on metrics when marketers transitioned from being mad men to math men. But do marketers measure the right things and could a focus on the wrong metrics lead to missed opportunities? To answer these tough questions, marketers can find inspiration in the NBA’s Golden State Warriors who in recent years began a basketball revolution by questioning what they measure.

For decades basketball had been played close to the hoop, but data analysts for the Warriors began to measure and compare points being generated from other areas of the court. They realized that while players were making roughly the same amount of shots at 23 feet and 24 feet from the hoop, there was a significant difference in the value between them. Shots attempted from 23 feet had an average value of 0.76 points, while 24-footers were worth 1.09. By moving back one foot a player would increase his scoring value by 43%. With this insight team management built a strategy around players that could shoot accurately from behind the 3-point line. Subsequently, they won their first championship in 40 years in 2015 and in 2016 they broke Michael Jordan’s Chicago Bull’s record for the most games won in the regular season.

So, if the Warriors transformation into a championship winning team began with a comparison between points generated from different parts of the court, what could marketers achieve if they scrutinized their metrics for a channel such as email?

Take for example email open rates, which is a standard engagement metric. What exactly does this metric reveal? It demonstrates the rate by which contacted customers opened an email for one or multiple email campaigns. It therefore gauges campaign performance. What it doesn’t do is show how many people are engaging with a given email communication program. This is because the focus of the metric is on campaigns and not customers. For instance, an open rate of 20% for email campaigns over a quarter does not show how many customers opened an email in the quarter. The same 20% of the marketable base could be consistently opening emails. So, why send emails to the other 80% of the base? Campaign strategists continue to do so because they assume that customers who open emails are not always the same. But it’s assumption like this that indicates the metric should be put under the microscope and alternatives explored.

If a 20% open rate is somehow acceptable because customers that open and engage with emails are not always the same, then the priority should be shifted to measuring program performance and the number of customers who engage with the program. A starting point is measuring “open reach”, which can be calculated as the percentage of the marketable base or contacted customers that opened an email in a given period.

Digital Alchemy data analysts have taken note and for one client used open reach measurements to gain fresh perspective on program performance. For this client open rates were consistently staggering around 20%, but when analysts examined the percentage of contacted customers who opened at least one email in each month they could see clear spikes that correlated with revenue surges. Their analysis also demonstrated that when the client altered their communication strategy to increase the number of customers contacted and the frequency of communication the open rate, which was previously treated as precious, did indeed suffer. However, the total volume of customers who engaged with their emails surged and so did their revenue.

This illustrates that open rates can be a poor indicator of program performance and a poor performing program can be turned on its head if open rates are sacrificed in the name of increasing the volume of customers engaging with a communication program.

This analysis is an example of how marketing metrics don’t always give the picture that needs to be seen and could be a barrier to creating a winning strategy. By changing what they measure, data analysts at the Warriors began a basketball revolution towards a more expansive and open game. If you are a marketer, you have the opportunity to learn from the Warriors and create winning strategies by questioning what you measure. The alternative is risking irrelevance as the market changes and you are left behind.

Daniel McFarlane is a Strategy Lead at Digital Alchemy and is located in Digital Alchemy’s Bangkok office. For his PhD he did research on the marketing of telecommunication services. He is interested in ways marketers comprehend markets and consumer value.