Digital Alchemy | AIMIA, Aeroplan, Air Canada and the meaning of loyalty
Take on the future of marketing with our scalable solutions.
18033
post-template-default,single,single-post,postid-18033,single-format-standard,ajax_updown_fade,page_not_loaded,,qode-theme-ver-11.1,qode-theme-digital alchemy,cookies-not-set,wpb-js-composer js-comp-ver-6.6.0,vc_responsive,elementor-default,elementor-kit-23588 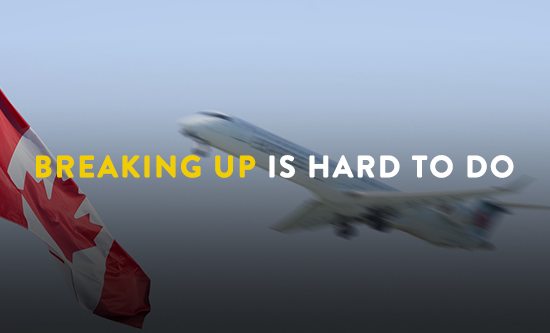 AIMIA, Aeroplan, Air Canada and the meaning of loyalty

For anyone following the news in our industry over the past week or so, you would have noticed that the Aimia Inc. stock price is down over 70%. This follows the news that Air Canada has decided to withdraw from the Aeroplan loyalty program operated by Aimia. At its peak, Aimia was worth over U$2 billion and was the valuation benchmark for transactions like the Affinity Partners investment in Virgin Australia’s Velocity program.

Interestingly, Air Canada accounts for only 20% of Aeroplan’s revenue with the remaining 80% coming from other partnerships, some of which are locked in beyond 2020 when Air Canada exits. Air Canada however, accounts for 70% of redemptions, this means that Air Canada is a much more valuable redemption partner than an earn partner.

I think this is worth exploring. As part of the agreement, Air Canada guarantees access to 8% of the Air Canada inventory. Last year, Air Canada turned over C$13 billion so the revenue value of this commitment to Aimia is C$1.05 billion. However, Aeroplan only paid Air Canada C$567 million. If you were to gross Air Canada’s earnings, it appears that they are transferring around C$507 million of value to Aimia.

So here is what I think…

Unlike most people, I don’t think this means that the Aimia model is broken. With a few notable exceptions, most of the “Loyalty Programs” I have seen being run as in-house operations leave a lot of opportunity on the table and would be better run by specialists. In a way Aeroplan proves that. Where I think Aimia came unstuck is that they let Air Canada exit as a shareholder. Had Air Canada remained as a shareholder to the program, they might have had a different view of value creation.