Digital Alchemy | 2 reasons why Trump is probably a better marketer than a lot of us
Take on the future of marketing with our scalable solutions.
16871
post-template-default,single,single-post,postid-16871,single-format-standard,ajax_updown_fade,page_not_loaded,,qode-theme-ver-11.1,qode-theme-digital alchemy,cookies-not-set,wpb-js-composer js-comp-ver-6.6.0,vc_responsive,elementor-default,elementor-kit-23588 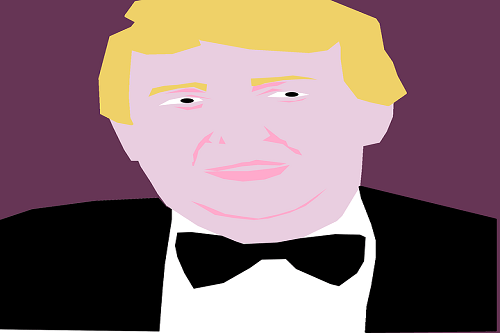 Posted at in Marketing Automation, Marketing Optimisation by
Share

Why is Donald Trump winning the Republican Race and what does it have to do with Marketing?

Have you been spending lots of time scratching your head wondering how a man as random and offensive as Donald Trump could get so close to being the most powerful man in the world?  Well, I’ve been thinking about it a lot and here is what I have come up with…

1. Offend once, appeal many times.

Trump has managed to offend pretty much everyone in the American electorate at some point, but at the same time he’s also managed to appeal to them many times. Here are some examples; Trump offended the Hispanics by threatening to build a wall along the Mexican border.  However, in doing that, he appealed to all the American workers who see Hispanics taking their jobs.  When he offended the Muslims by threatening to deport them, he appealed to the people who think all Muslims are terrorists and the Hispanics, who think that with the Muslims out of the way and no more Mexicans coming over the border, their wages will rise.  So, Trump works on the basis that by offending the divided minorities one by one, he actually appeals to them in mass.

Hillary, on the other hand, is running a campaign based on sticking with acceptable norms, only making comments after consultation with her advisors and taking the consensus. She doesn’t offend anyone, but she doesn’t appeal to anyone either.

How often is your marketing the result of a really good idea pulverised by committee and consensus into something unrecognisable and boring?

2. Test everything on your audience.

In a world of “Big Data” (I hate this term by the way, and wish people would just call it “Lots of data”). Hillary’s people are pouring over the numbers carefully calculating the significance of every position and every word.  When she says something, they check the data and if it’s positive she says it again and again and again….

Trump, on the other hand, is conducting a series of random tests.  Blurting out an unending stream of seemingly disconnected ideas and insults. He’s constantly pushing the envelope.  He doesn’t repeat things that get strong negative reactions and he doesn’t drone on about things that get positive reactions.  His approach to testing logic is the same as Hillary’s but far more aggressive. So he learns and adapts much faster.

When was the last time you did an A/B test and chose the subject line that 60% of responses chose….what about the other 40%???  Did you stop at one test and then send that out for the next 6 months?

Like all of you, I hope Mr Trump doesn’t become the most powerful man on the planet, and my son and I are actively looking for a new planet as a contingency.  There are, however, some lessons to be learnt from Mr Trump because when all is said and done he is a consummate self-promoter, and isn’t that what we should be as marketers?